You are here: Home / U16s Barbarians 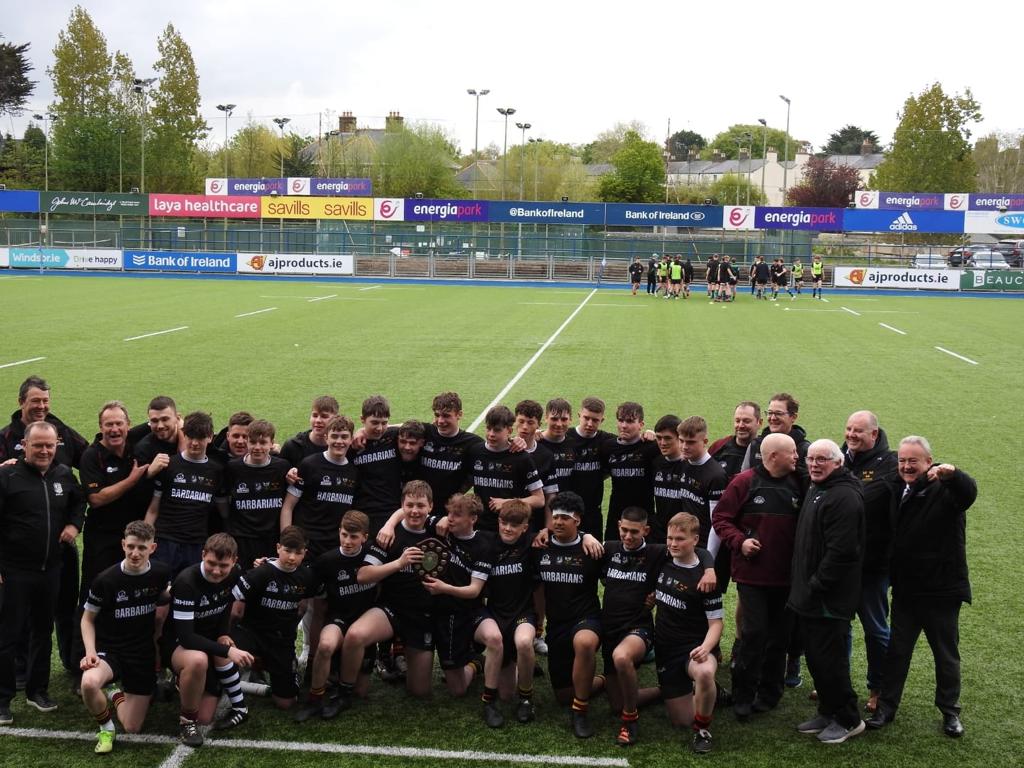 Last Sunday saw the U16s Young Barbarians side in their second final of the year. They came up against a very strong Barnhall side and unfortunately lost out by 33 points to 19. We congratulate Barnhall RFC on a well deserved victory in what was a very competitive game. Can I thank all those involved with the Young Barbarians side this year and for making it such a huge success. Special mention to all coaches, managers and players from Lansdowne RFC, DLSP and Old Belvedere for coming on board and for their huge effort and commitment put in this year.

We had over 26 players playing during the year. These players would not have been playing rugby this year without the efforts of all clubs in pooling their resources .Not only did they play rugby, they all managed to win a Leinster U16s League winners medal and a Leinster U16s cup runners up medal but most importantly they had fun and have formed some great friendships which will last forever.

A very special thank you to David Monaghan for making it all happen and for making it such a success. I know the amount of hard work David put in and without him the U16 Young Barbarians would not have happened. To Ollie Campbell for his huge input and support during the season from beginning to end, a really big thank you. Ollie you are a gem! To Mick Molloy our side-line doctor, we are so indebted to you. Mick a huge thank you from the parents, the players, all the coaches and managers for always being there and on duty.

﻿Thank you also to Lansdowne RFC President Colin Goode and DLSP President Brian Murray for their support of the side all year long. To you, all the members of our great club Old Belvedere RFC thank you for your support and encouragement both on and off the pitch for the U16 Young Barbarians side this season.

Please see below for pictures.